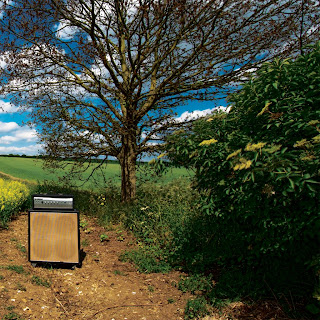 Liking you some British rock with some fuzzy-muddy tones and blues thrown in for the taste? Say hello to Stubb. Personally I think guys have a lot of potential. Just listen to their debut self-titled release from 2012! So much power in it! I can easily say that I fell in love with every single track on that release.

On the other hand we have a disastrous release of an LP this year, which seems totally uninspired and a failed attempt at doing the magic they've done so perfectly on their debut album. And I think that might be the problem, since the debut was so good you're bound to fail at getting it as good with the second shot. I mean, I see it as a sort of a thing that follows any great album for most of the bands. They need time to recuperate and re-gather the inspiration. Don't underestimate them!

To those of you who digg some Graveyard, Cowboy & Aliens and Jimi Hendrix kind of stuff!