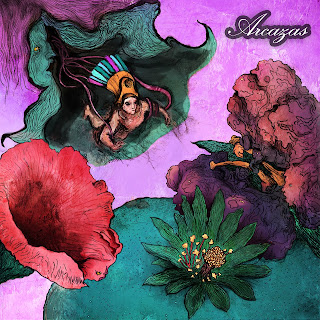 A highly recommended DIY experimental rock artist from Brazil. This is some soothing and smooth desert rock. Very chilled out, and somewhat reminds of the wind blowing the sand and slowly forming the dunes. As he him self describes - the music is sort of an invitation to the listener, an invitation to take a trip through the desert and see it with his own eyes.

He started out in 2010 with his first EP release, and by now has 3 beautiful EP's and a single. The last album he released just couple of months earlier, and the production and songwriting quality really jumped out at me this time. He is definitely progressing and getting better. One of the most noticeable tracks was "Sinicuichi" - that one really drove me into a trance state during a stormy weather. Wishing you luck Felipe and waiting to see what comes next!

Some of his influences are named to be Brant Bjork (ex-Kyuss), Frank Zappa and Yawning Man. I'd say it's a good listen for anyone.

So hop up on the train and share Felipe's vision of the desert:
http://www.youtube.com/watch?v=ROLTOW7wL7Q