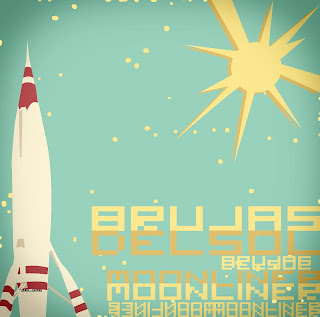 Get ready for some long spacey grooves and a surfery vibes by Brujas del Sol, a Columbus, OH based band with some nice taste in soothing jams. All fans of psychedelic music are warmly welcomed! Slow and swirly compositions is what they're mostly about, and that they are doing really well. Perfect for a night, lying on the grass, stoning and gazing at the starry sky!

By now they've released 3 LP's and a full-length album consisting pretty much of those same songs, re-arranged and re-recorded. A great piece for the summer only costing 8$. I say - support these guys.