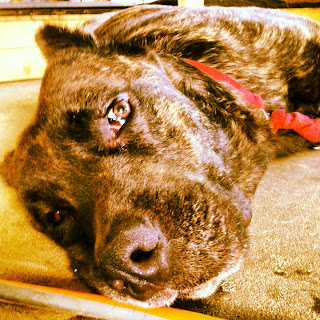 Well, it's raining like hell out here, and out in Nashville it's hot as hell appearantly. And that there was the part of inspiration for this fresh EP by one of my currently favorite bands - All Them Witches. This album started raw and bluesy from the first notes! They've actually took it even more of an blues direction, and that was precisely what was necessary at the moment.

The bandcamp page states that the album was recorded on a 4-track cassette tape using two mics, hense the nice raw, somewhat garage sound. Must warn you though - this here is to be enjoyed on your headphones! It opens up with a nice and very true-blue "Salesman" with nice vocal effects, airy guitars and bright drums, ending in nice Floydesque riffs. Your best rainy-day companion! The second track now goes on into this brilliant jammy vibe that gives off the heat it was recorded in. At points reminds me of the more desrtish/bluesy jams of Causa Sui, without the overly intense parts that weren't exactly my cup of tea. "Sludger" was a weird but on-spot sounding piece, yet I don't really get why it was there as a separate track... I guess to cut the last song in a way that you don't necessary need to go through the extra-long intro, which the track has anyway. But frankly I wasn't too big of a fan of that last one, "Swallowed by the sea". Yes, it does have great drumming on it, some nice riffs, but it just doesn't work with the kind of production guys went for.

Overall, I'd say the EP is successful. I really digg the groovy parts of it, which are the guys' strongest parts as usual. The production is pretty cool, and first 2 tracks I found right on! And you can get it for only $4 (or more), which is totally cool considering my bum-ass budget (and lately I've been stumbling on a lot of $10-15 albums, that weren't really worth it. Again, considering my bum-ass budget). So yeah, dig in, drop out and enjoy some bluesy jams from All Them Witches!