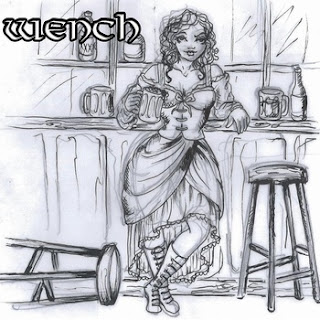 And today's greetings come to you from Sydney, Australia with a pretty damn cool stoner metal band with a touch of southern rock - Wench. I've been returning to these guys for a while now. If you're looking for catchy driving riffs and harsh but cool vocals - you've come to the right place. These guys do it all, and they do it good. We had quite a long argue with a friend of mine about whether these guys are interesting or not, and whether the compositions are cool or just plain boring. So apparently these guys aren't for everyone. To me though, the catchyness of it and cool moves they make really makes it. At any rate, sadly, since their last (and first) release one of the band members died and the band has been in kind of a stale situation. But their first release seems really promising, and I hope they'll get back on track. As of the music itself - I found first 3 tracks pretty golden, with rest being more of a filler. Then again it's me.

Check them out your self and let me know what ya think: