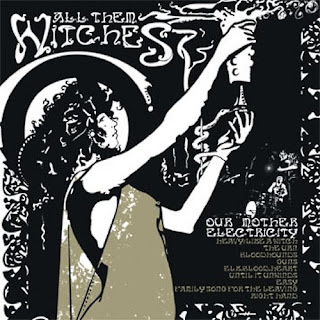 All Them Witches is the kind of band that gets under your skin real quickly. It gets you with the warm bluesy tones. It's interesting how you can distinguish the music that had soul put into it. And I'm not talking about our dark skinned fellows singing church music. I'm talking about the difference that the approach makes. I had a friend who once said to me that it doesn't really matter what you play, it's how you play it. Well, these guys got both parts of the equation down. They play a really laid back, sometimes rockish music they classify as psychedelta blues as an extension of delta blues. And it never lets go off you until you're gone through the whole album! That is something really hard to achieve and I take my hat off for all those bands that could nail it.

The band has released 1 album in 2012 so far (and a remastered version of it) and another album is soon to hit the shelves. Current line-up of the Nashville based quintet is Ben McLeod, Robby Staebler, Michael Parks, Allan Van Cleave and Jason Staebler. This is a must-have for all you admirers of bands like Graveyard and Blues Pills! So take a deep dive in!

And here are the instant transportation banners and motion pictures with soundclips: